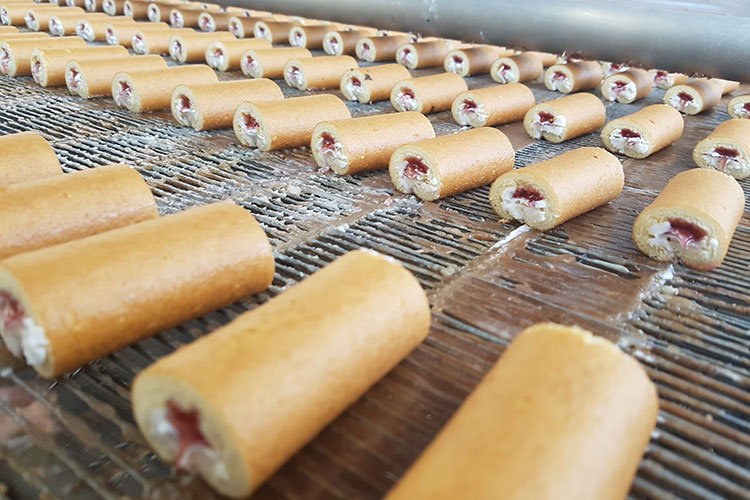 Emulsifiers are among the most important items in a baker’s toolbox.

They’re also among the most misunderstood. Some critics point to the lengthy ingredient labels on baked goods that contain emulsifiers. Others claim that baked goods don’t even need emulsifiers.

While it may be true that emulsifiers aren’t an absolute necessity for home bakers, they’re extremely valuable for commercial bakers. Emulsifiers have specific functions that contribute to better efficiency and consistency throughout the production process.

They also help bakers produce high-quality, freshly baked goods at a cost that’s affordable to consumers, thanks to better process tolerance in dough and emulsion stability in batter-based sweet goods. When process tolerance is increased during manufacturing, it leads to less variance and yield loss, which lowers the overall production cost for bakers by reducing waste.

“Emulsifiers play a critical role in many popular baked goods, resulting in ingredients that are easier to work with, cheaper to produce and more tolerant of machining,” says Jim Robertson, product management director, emulsifiers, for Lenexa, Kansas-based Corbion, which has been pioneering emulsification technologies for nearly 70 years.

Or breads and rolls. With those products, emulsifiers improve cost effectiveness, dough handling and development, process tolerance, sliceability, crumb softness, shelf life and eating quality. And in tortillas and flatbreads, they result in better shelf life, flexibility, and anti-sticking and release.

Despite these benefits, Corbion recognizes that many bakers want to create products that appeal to consumers seeking clean-label ingredients. And while there’s no data to suggest the removal of elements like mono and diglycerides from a product correlates with an increase in sales, Robertson believes it’s important to utilize ingredients that meet the needs of your product applications, your customers, the market and your brand.

“Often, the best solution may be to use an enzyme solution on top of your existing emulsifiers, which results in the highest quality and the best possible yield,” he says. “Removing emulsifiers from a product can have unintended consequences on production costs due to more expensive replacement ingredients, and lowered processing tolerance and shelf life, a decision which can cause an increase in food waste and yield loss.”

Corbion emulsifiers and dough improvers were developed to promote sustainability and quality throughout the entire baking process. When you use quality ingredients, Robertson says, you can solve a lot of the challenges that can occur from the mixer, through the production line, to the oven, and to the shelf.

“Many times, ingredients that are higher in quality tend to be the same ones that are used in clean-label items, so they tend to go hand in hand,” he says. “But we also try to work alongside our customers to troubleshoot processing issues and help identify and implement the most fitting solutions.”

One of the biggest challenges in producing baked goods with clean and clear labeling, Robertson says, is losing the functionality that more traditional ingredients provide, while still appealing to consumers. By removing those types of ingredients and replacing them with ones that are deemed “clean” and not as functional, bakery manufacturers are challenged to find ways to maintain quality, structure, taste, texture, shelf life and appearance.

“What we’re seeing in the industry now is a one-size-fits-all approach,” he says. “Manufacturers wanting to create a product with a cleaner label are removing emulsifiers in several of their product lines simultaneously. However, because the ingredients they’re substituting are often more expensive, a brand may then have to raise the prices on those product lines.”

An unintended consequence of that strategy is that it can put products out of reach for some consumers, resulting in lower sales. There are situations where emulsifier or enzyme-only solutions make sense, Robertson says. But considering each product and its market on a case-by-case basis is the best course of action.

Even though clean label products are more popular now than ever, Corbion knows that consumers want affordable products that don’t sacrifice quality, taste or freshness. It’s a precarious balance for manufacturers to achieve, Robertson admits. While Corbion research has shown consumers pursue taste above other factors, if the product is at the wrong price point for them – even if it’s the highest-quality or the best-tasting or has the cleanest label – they won’t buy it in the first place.

Corbion is continually reviewing its SweetPro line of emulsifiers, Robertson says. For instance, the company is designing ways to combine SweetPro with other emulsifiers to create more useful blends. SweetPro is also being used to produce hydrated cake gels, which are commonly used in bakeries in things like snack cakes and sheet cakes.

Corbion’s hydrated emulsifiers are shelf stable for up to one year. Since they don’t require refrigeration, the company uses phosphoric and propionic acid to inhibit mold growth on the surface of the hydrates. Recently, however, Corbion has been working on preservation systems for hydrates that rely on vinegar to perform that task, Robertson says.

“It’s ideal for manufacturers that are looking at producing products with cleaner labels or no artificial preservatives, so we think this is a really promising new development.”

Robertson admits there’s still work to do to convince skeptics of the worth of emulsifiers. One strategy is to stick to the facts and let them speak for themselves.

The best way to do that? A twofold plan that involves strategically placed ingredients and educating consumers. Rather than tweaking individual ingredients according to demand or fear, Corbion can help its retail partners design an ingredient system that works in tandem to achieve their specific product goals.

“It’s important that, in a changing market, manufacturers rely on science-based claims about ingredients, despite fear of dipping sales, social media ire or the pursuit of a cleaner label,” Robertson says.