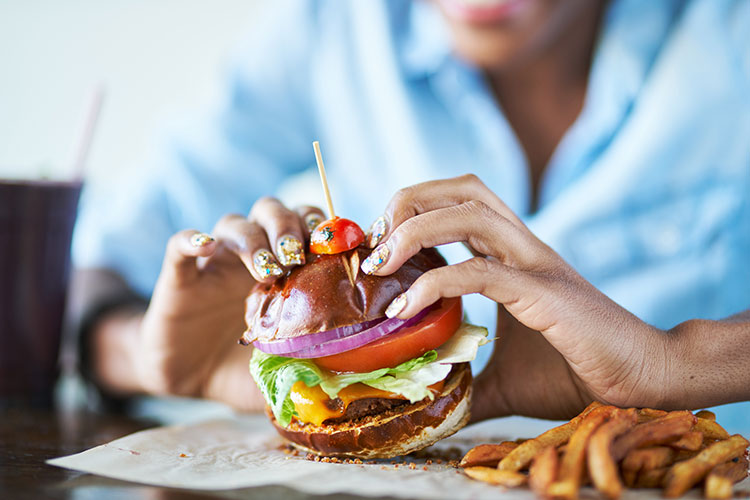 The evidence isn’t hard to find. In 2017 Washington State University opened its highly anticipated Bread Lab, a 12,000-square-foot facility committed to the research and development of flavorful and nutritious crop varieties, the restoration of regional grain economies and innovation in partnership with the community and industry. The lab includes wheat milling and bread baking labs and a professional kitchen.

Despite anti-carb and anti-gluten forces, bread is hotter than ever. And one of the hottest trends within the bread category is bringing premium, artisanal bread production to scale. Today’s bakers want as many people as possible to experience the taste and other benefits of high-end product.

And one of the ways to do that is to find more uses for bread, e.g. making them a bigger part of meals. The result? In many dining experiences these days (think sandwiches in particular — the average American eats more than three of them every week), the bread is often the star of the show.

“Traditionally, bread was viewed as complementary to main courses, but it has gradually become more central to the meal,” says Ashley Robertson, market manager, bakery, for Lenexa, Kansas-based Corbion. “Whereas consumers used to have a slice of bread or a roll to accompany a meal, they now indulge in bread-based entrees like gyros wrapped in pita or flatbreads, soup served in bread bowls and oven-fired paninis with premium, artisan-style bread. In many cases, bread helps bring a meal together.”

When it comes to bread-based meals, the quality of the bread is key, Robertson says — particularly when it comes to young consumers. Nearly 65% of millennials say higher quality ingredients encourage them to purchase premium baked goods.

“We’ve also found that some consumers perceive premium breads, such as artisan breads, to be healthier, while others simply like the taste more than standard white or wheat bread and will select a finished application made with premium, artisan-style bread over traditional white or wheat bread,” Robertson says. “As bakers have started offering more low-carb, high-protein, gluten- and grain-free breads, health-conscious consumers have begun choosing their meals based on these attributes as well.”

Just like craft beer and artisan coffee before it, artisan bread is enjoying a renaissance as more and more Americans become increasingly interested in where their foods come from and how they’re made. Of course, as always, taste is the final arbiter, and artisanal products typically pass that test with flying colors — including at meal time.

When consumers think artisan, they think small. But some of today’s artisan bakers aren’t so small. Many turn out hundreds of different products and tens of thousands of product every day. Some have contracts with big-name retailers, and most have automated many processes that used to be done exclusively by hand.

Artisan sales are up about 2 to 3% per year, according to one industry estimate. That’s in contrast to the bread industry in general, where sales have largely remained flat in the carb- and gluten-conscious era.

And according to Corbion data, artisan and specialty bread and rolls rank No. 1 out of nine categories when it comes to popularity. Artisan/specialty is somewhat popular or very popular with 88% of consumers. (Soft rolls came in second with 80%. English muffins finished last with 65%). “Artisanal” also ranks second in a list of 19 health claims most important to operators, just behind “made with whole grains,” according to Corbion.

Robertson couldn’t agree more. “Sandwiches made with premium, whole-grain or artisan breads are growing in popularity as consumers look for more convenient meal options that are also perceived as healthy,” she says. “Many consumers think of sandwiches — especially those made with nutrient-dense bread, lean meat and veggies — as ‘healthier’ than traditional fast food or convenient store options. Foodservice operators are also interested in purchasing bread with ‘healthy’ attributes because they make it easier to market and sell applications at higher price points.”

Marketing, merchandising and education, Olesen says, are crucial to getting the word out about game-changing bread options. “Trends in bread are varies and many are driven by local knowledge or traditions,” he says. “Awareness of the choices of bread and guidance by the signage or the staff help support the awareness.”

Bringing bread to the center of the plate

Artisan bakers like Chad Robertson of world-renowned San Francisco-based bakery Tartine are making every effort to bring top-shelf bread to the center of diners’ plates whenever possible. “We’re trying to push everything forward,” Robertson said in a recent roundtable discussion on the future of bread.

Tartine’s Tartine Manufactory, which opened in San Francisco in 2016, turns out big volumes of artisan bread for retail, but it also serves breakfast, lunch and dinner, with offerings ranging from savory breakfast pastries to flatbread sandwiches and gourmet dinners. Given the setting — and the quality — there can be no doubt that the star of the show is the bread.

Wholesale bakeries are also getting in on the action. Bimbo Bakeries USA’s America’s Better Sandwich contest challenges entrants from across the country to submit never-before-seen sandwich combinations using at least two slices of the company’s Arnold, Brownberry and Oroweat breads. The winner gets $25,000, the runner-up $5,000. “No matter how you slice it, the possibilities for creating tasty and nutritious sandwiches are endless,” says Bimbo’s Marlene Sidhu.