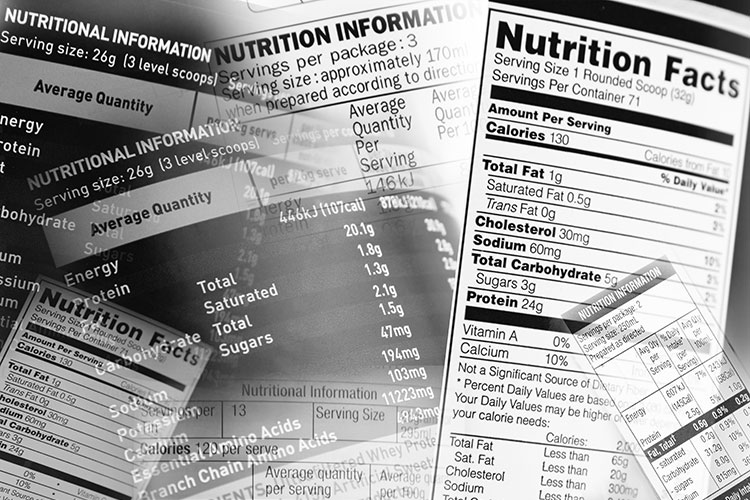 One of the many highlights of this year’s International Baking Industry Exposition (IBIE), held Sept. 17-21 in Las Vegas, was the presentation of a sugar study conducted by Lenexa, Kansas-based Corbion. But one finding in particular drew considerable attention: Almost two-thirds of respondents were not aware of an FDA labeling change mandating the declaration of added sugars on a product’s nutritional panel. The study sheds light on some of the ways consumer priorities differ between key bakery categories.

“Consumers view sweet baked goods as indulgent treats and are not seeking out low sugar options,” said Marge O’Brien, Corbion’s Global Insights Senior Manager. “Of course, there are exceptions, but generally consumers know that these products are loaded with sugar and accept it.”

The research also indicates that, although health-related factors are a consideration for purchasers of sweet baked goods, they clearly take a back seat to the quality of the consumer’s eating experience.

“While many consumers say they’re open to sugar reduction, they’re not willing to sacrifice taste or price,” she said. “In addition, they’re not open to the use of artificial sugar substitutes as a way to reduce sugar.”

Corbion says these findings are reflective of what they’re seeing in the industry as well; there just isn’t a huge demand for low-sugar or sugar-free products in the baking industry today. Research conducted by the company found that most consumers are open to reducing sugar in breads and sweet baked goods by just 20 percent. Remove more sugar than that, however, and they worry about negative impacts on taste.

“When it comes to sweet baked goods, consumers tend to purchase when they want to indulge or to celebrate an exciting occasion,” O’Brien said. At those times, concerns about sugar content are not exactly top of mind.

Efforts to reduce the amount of sugar in foods are hardly new. According to O’Brien, “low sugar,” along with “low-fat” and “low-sodium,” have been caught in a revolving door for some time. But upcoming changes in nutritional labeling are putting “low-sugar” front-and-center once again. Corbion’s study found that with a side-by-side comparison of nutritional labels (aided) about three quarters of consumers who typically read labels indicated that the inclusion of “added sugars” will affect whether they purchase breads and sweet baked goods. However, on an unaided basis, Corbion found that about 25 percent of consumers indicate that the addition of added sugars will impact their purchase decisions for both breads and sweet baked goods. What is reality?

“Based on experience, the unaided figures are more likely to be reality while the aided responses tend to be more aspirational,” O’Brien said.

Corbion’s study is not the only one highlighting this shift in attitudes. According to Innova Market Insights, half of baby boomers in the U.S. are limiting sugar consumption or buying more “reduced-sugar” products due to health concerns.

Compared to younger Americans, boomers aren’t buying as many indulgent treats. That, O’Brien said, provides manufacturers and bakers with a golden opportunity to grow their reduced-sugar portfolios. And there’s plenty of room for growth: As of 2018, only 2 percent of sweet baked goods offered products with “low-sugar” or “no-sugar” claims, according to Innova.

In pursuing that opportunity, bakers have a number of sugar substitutes from which to choose. They include:

Some of these options, however, are preferred by consumers more than others. Corbion research found that most people are not in favor of using artificial sugar substitutes as a way to reduce overall sugar levels. Fifty-three percent have a negative opinion regarding the use of sugar substitutes in bread, while 42 percent feel that way about their use in sweet baked goods.

The challenge for manufacturers, O’Brien said, is to deliver lower-sugar baked goods without sacrificing taste, structure, color, mouthfeel, viscosity and flavor. Consumers want their lower-sugar products to be made with simpler ingredients, but they’re not willing to sacrifice taste or affordability in the process. O’Brien says the big challenge with formulating healthy products is that consumers who value these traits don’t necessarily show it with their wallets.

“Taste is the biggest driver for purchase decisions,” O’Brien said. “While there is consumer demand for products that are healthier, their purchase behaviors don’t always reflect that.”

O’Brien illustrated her point using the example of General Mills’ Trix cereal, which in 2016 removed all artificial colors and replaced them with natural colors from ingredients like radishes, purple carrots and turmeric. Despite the product retaining its flavor and nutritional content, General Mills received an onslaught of criticism over the new colors. A year later, the original Trix was back on the shelf with its original colors restored.

It’s a great lesson, O’Brien said, for makers of baked goods to bear in mind.

“In comparison to other categories, the influence of nutritional and ingredient information on purchase decisions is consistently low for baked goods,” she said. “That’s why it’s important to know who your consumers are and what exactly they’re looking for in the foods they’re purchasing. Many consumers are seeking baked goods that they can indulge in.”